The Dawn of the
Era of Qubits

While traditional computers are becoming increasingly powerful, some tasks are too complex for them to handle. One of these is accurate molecular simulation. Quantum computers hold the prospect of greatly increased computing power. For this reason, Boehringer Ingelheim launched a partnership with Google Quantum AI in early 2021. Elica Kyoseva, Quantum Computing Scientist at Boehringer Ingelheim, and Ryan Babbush, Head of Quantum Algorithms at Google Quantum AI, discuss the potential of quantum computers and the future of pharmaceutical research.

What is quantum computing?

Elica Kyoseva: Quantum computing is the next technological revolution. It will help us solve many of the problems which even the most powerful supercomputers are unable to tackle, such as breaking current cryptography, predicting financial market performance, and, most importantly to Boehringer Ingelheim, solving chemistry problems such as molecular binding. It will enable better ways to discover pharmaceuticals and thus contribute to global medical progress in the future.

Why are traditional computers unable to solve these problems?

Ryan Babbush: Traditional computers are machines that process information using a gigantic number of binary switches. These switches can be set to either zero or one. Because of the increasing complexity of many problems we want to solve, we are building increasingly powerful traditional computers. But at certain points, they reach their limits.

Elica Kyoseva: Chemical simulations, such as calculating molecular dynamics, quickly become impossible on traditional computers – here is why: Let’s assume we’ve managed to model a molecule, including its electrons, accurately as basis. If we now add one more atom to this molecule, its electrons will interact with all other electrons and nuclei of the system. We need to keep track of all these additional interactions, and to do so computationally, we need to double the resources of our computer. And this goes on for every electron we add to the molecular system. This means the complexity of this calculation increases exponentially both in memory and in time. It becomes obvious here that conventional computers quickly reach their limits in this scenario.

What is different about quantum computers?

Elica Kyoseva: Instead of working with binary switches — bits — they work with qubits, which have quantum mechanical capabilities. The first is known as superposition: A qubit can exist in two different states at the same time. The second is entanglement, which is the quantum mechanical connection between particles into an inseparable — classically intractable — system. Now why is this important? Because molecules are quantum systems! So, if we want to describe them accurately, we need to reflect those quantum characteristics, which require exponential resources on a classical computer. In contrast, quantum computers expose those characteristics inherently, and hence are the best means to simulate quantum systems — as world-renown physicist Richard Feynman famously noted in the 1980s.

What additional capability do qubits have?

Ryan Babbush: To illustrate the enormous computing power that results: If you combine three classical bits with each other, you produce eight different possibilities: 000, 001, 010, and so on. The three bits together can only be in one of these eight states at any given time. In a quantum mechanical sense, three qubits can assume every possible combination of these states at the same time (superposition).

As researchers, are you feeling your way forward into a puzzling new world?

Ryan Babbush: Quantum mechanics seems to contradict the physical logic that we encounter in everyday life. Yet as researchers, we have a very good understanding of its processes. The theory of quantum physics is nearly 100 years old. The goal is now to apply this knowledge to the field of computing.

How is that possible?

Ryan Babbush: Digital research generally assumes that every scientific principle can likewise be applied to the domain of computers. In the 1980s, people began to think about designing computers based on the laws of quantum mechanics. The first quantum bits (physical qubits) were built in the 1990s, but we have only had hardware that can accurately control larger numbers of qubits in the last five years or so. The problem is that interactions between the quantum computer and its environment, such as stray photons of light, or vibrations, for example, as well as difficulty in controlling the quantum bits themselves, leads to noise that can corrupt the output of the quantum computation. But it is not clear whether we can manage that sufficiently to perform useful computations. The alternative is to correct errors so we can design a perfect logical qubit. That would be the ideal way to build a fault-tolerant quantum computer. I am optimistic that we will build a useful fault-tolerant quantum computer in about a decade. But this is a huge challenge — in my view, it is comparable to the idea in the 1960s that a person might fly to the moon.

What can quantum computing contribute to the development of medicines?

Elica Kyoseva: Molecules are so complex that traditional computers are unable to accurately model the interactions between their particles, such as electrons. For this reason, we currently use numerous approximations in order to calculate the molecular properties needed for research and development purposes. This means that the calculated properties are approximative and this is one of the reasons why we need further wet lab experiments and patient studies to verify the usefulness of the drug candidates. For all pharmaceutical companies in the world, this costs a great deal of time and resources. Quantum computers could help to develop better medicines, through providing better accuracy more efficiently.

When do you expect it to be possible for people to use quantum computers to develop medicines?

Elica Kyoseva: There is undoubtedly still much to be done. But I’m optimistic because we’re making progress in all three key areas: software, hardware, and concrete use cases. This is one of the reasons for our partnership with Google Quantum AI.

Ryan Babbush: For us, the question is when quantum computers will be capable of modeling molecular systems for a company like Boehringer Ingelheim. Looking ahead to the future, again, we have to differentiate between the two approaches to dealing with miscalculations. If we manage to sufficiently suppress the disruptive environmental noise, I think we will reach that point in three to five years. But if fault-tolerant quantum computers are the only means of achieving that goal, we might need up to ten years. I am confident that if not sooner, the advent of fault-tolerant quantum computing will herald a genuinely new era. 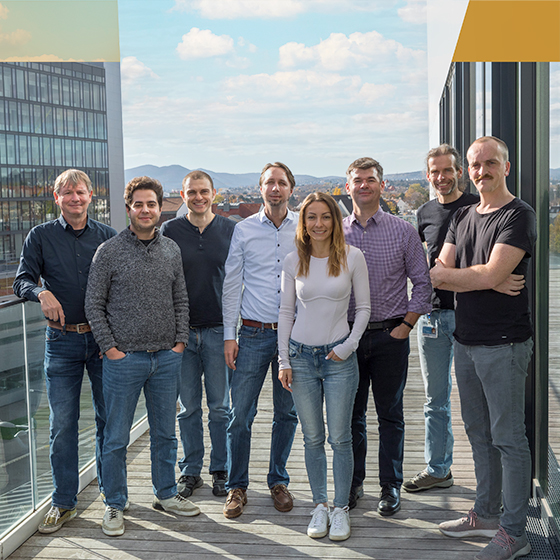 One focus of the work is the development of molecular dynamics simulation, which could be presented in a much more precise way by quantum computers than by conventional computers. This could potentially optimize the drug design and make it more efficient. 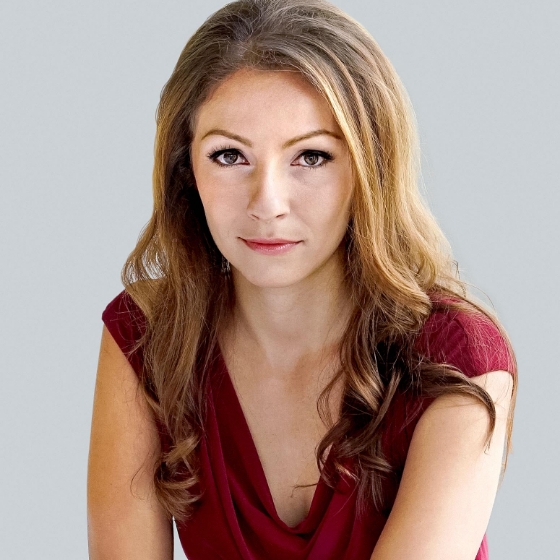 Dr. Elica Kyoseva originally from Bulgaria, has been fascinated by physics since her childhood. She holds a doctorate in quantum optics and has conducted research at institutions including the prestigious Massachusetts Institute of Technology in Cambridge, USA. In 2016, she moved to Tel Aviv to continue her research. Since September 2020, she is working as a quantum computing scientist at Boehringer Ingelheim, where she is developing pharmaceutical applications for this future technology. 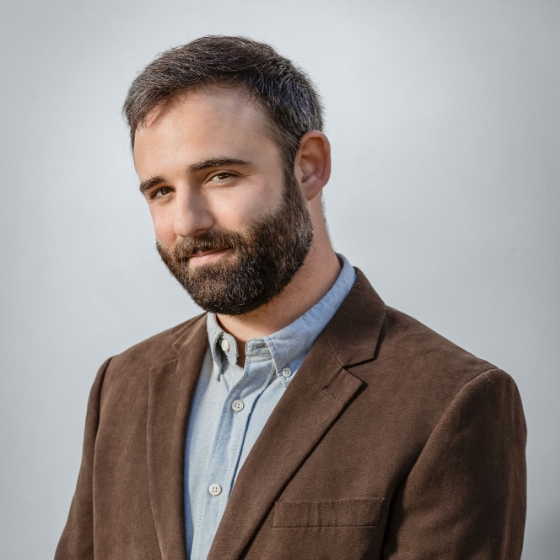 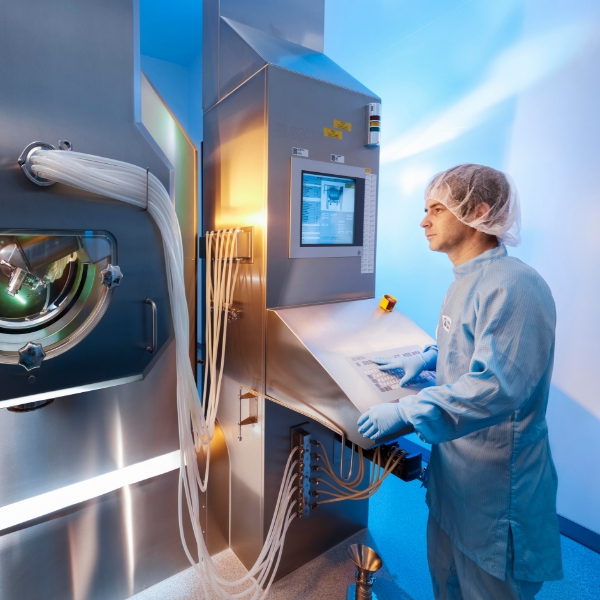 The SOL, a smart factory, is the latest addition to the production network of Boehringer Ingelheim

Since 2021, all initiatives for sustainable development at Boehringer Ingehlheim are assembled under one framework 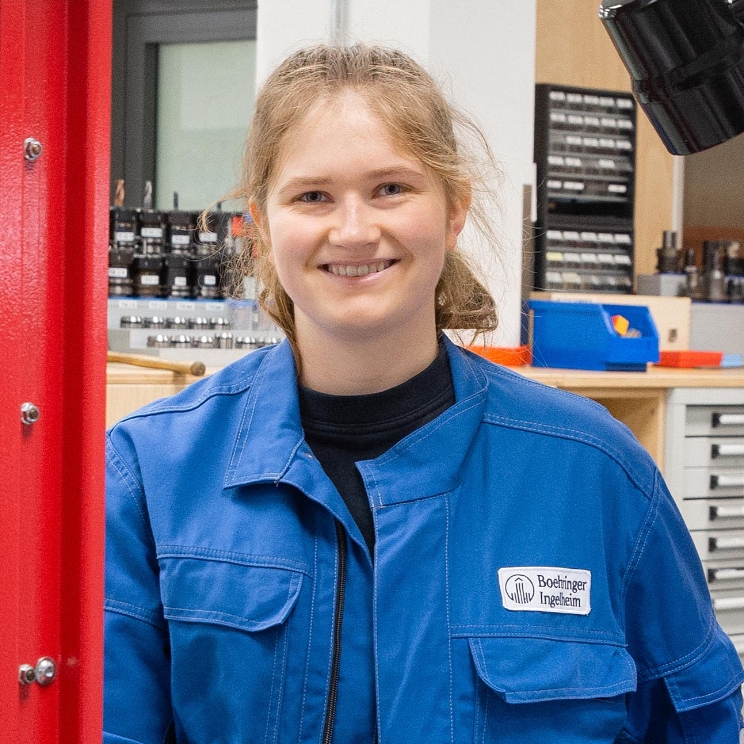